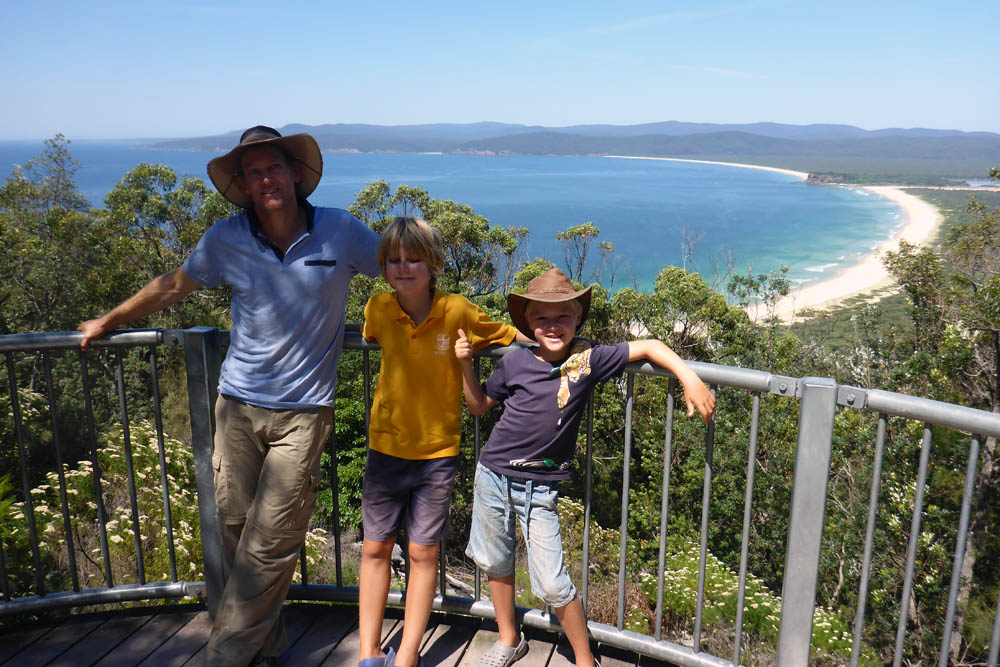 Disaster Bay Lookout on the way out of Ben Boyd NP.

Day 342. I think I can, I think I can. As a last hoorah to great beach holidays, Kris suggested we stay at the Big 4 at Pambula. This was ‘only’ $60 a night (this doubles after Boxing Day)! So we ambled up the coast calling into Eden on the way. Kris took the boys to the  Killer Whale Museum while I stayed in the  van and made lunch and did some consulting work. This four letter word has cropped up just a few times this year, and whilst it has never really been convenient, I remind myself that it is both an income stream and an attempt to retain some semblance of once precious work skills.

Whilst I toiled away, Kris and the boys spent an informative few hours learning how the Orcas had teamed up with the yesteryear whalers in a kind of weird grizzly symbiosis whereby the Orcas would help heard the whales to their deaths with their delicious tongues returned to them by the whalers as their only reward.

Pambula, just up the road from Eden, is a pretty coastal town that swells during school holidays to accommodate the thousands of flocking holiday makers. We spent our two days here playing on the beach, visiting nearby Merimbula for fish and chips, as well as ‘The Pinnacles’, an unusual feature of red and white cliffs at the North End of Ben Boyd National Park.  We also caught the movie ‘Paper Planes’ at a camp site movie night. A great Aussie feel good tear jerker.

I suggested the boys get to the movie early to get a good seat. Lucky eh? 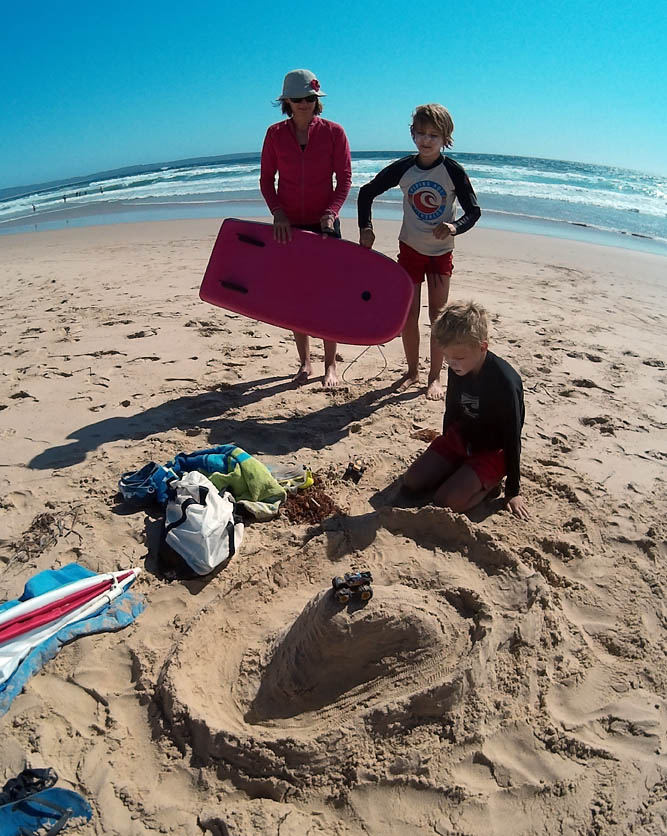 Another resident at the BIG 4. 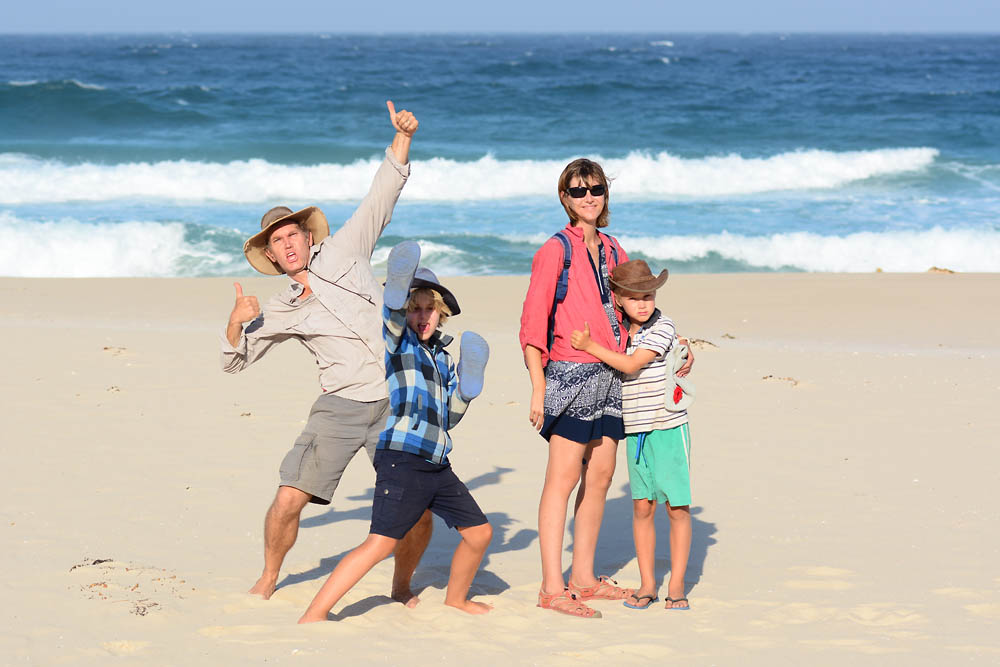 Pinnacles Beach. Our last feel of sand between our toes…

Then, with just four days to go until Christmas, and with plans to meet friends in Canberra, disaster struck! Whilst towing up the first main hill out of Pambula, the engine warning light came on and the car was very obviously losing power. I pulled over but could not get away without stalling. Stuck in the relatively hilly 8 kilometre strip between Pambula and Merimbula, we got the van off the road in low range and called NRMA. Long story short, our friendly local NRMA service technician had a look at the car, drove it, scratched his chin, said ‘too hard for me’ and got me to follow him into a mechanic in Pambula. 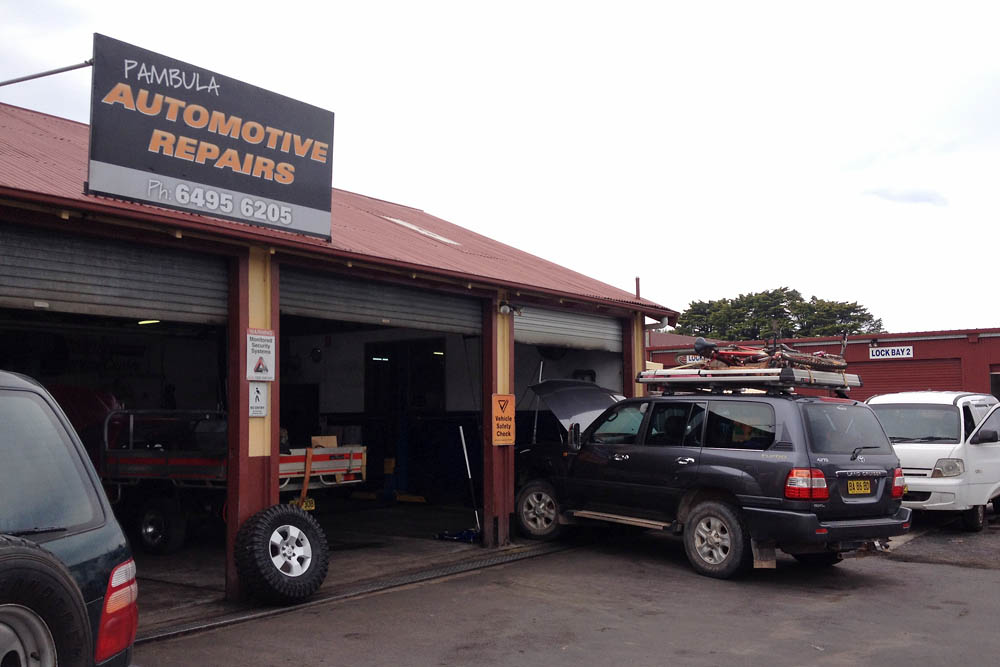 After being offered a long wait as part of their service, they finally interrogated the engine computer, said it was possibly one of three very expensive things and stated ‘too hard for us, you need to take it to Canberra Diesel’. These diesel specialists said ‘we can’t possibly look at it for you until the 4th of January next year’. This was not an option. After a flurry of calls, Kris to NRMA (our premium membership has paid for itself)  and me to Ben Tinnock, an excellent mechanic and the son of Kris’s aunty Margaret in Wagga, we decided instead to organise our tow to Wagga where the local diesel specialist said he could look at it before Christmas.  Not knowing when all this would actually occur, we were coaxed into a nearby caravan park (where our NRMA ‘tour guide’ just happened to be a resident), to await our fate.   Luckily, despite initially being told we wouldn’t be towed till Christmas Eve, NRMA “found” another local Tow driver who was happy to take on the job the very next morning – Hooray!

Rosellas at our “emergency” accommodation.