With mill-pond conditions and perfect blue skies, we packed up and left Lakes Entrance (because Murphy goes on holidays too). Another short hop, just 182 km, saw us at another Kristen sleuthed WikiCamps gem, a free camp at Genoa. Genoa is the sad reminder of what happens when towns are bypassed and industry closes down. This once bustling logging town feels like a scene from a Stephen King horror novel. Boarded up windows, peeling paint, some doors shuttered closed, a very derelict hotel motel and a pub. All closed. Apparently some footprints of 350 million year old amphibian mammals were found here in the 1970’s. They were obviously the first to leave. 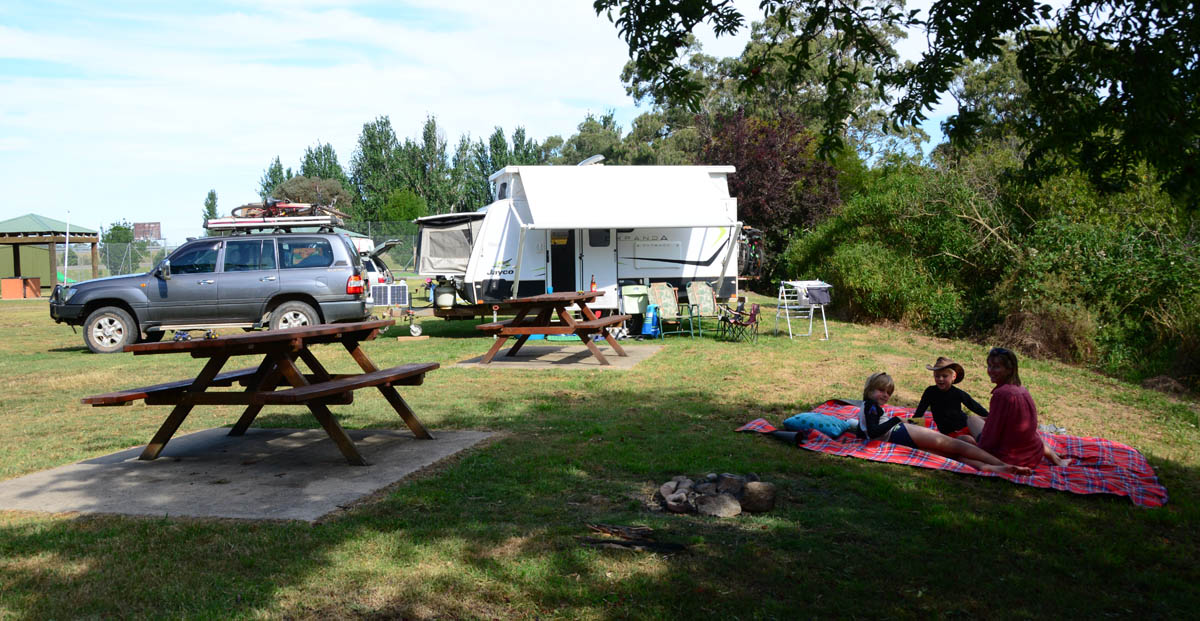 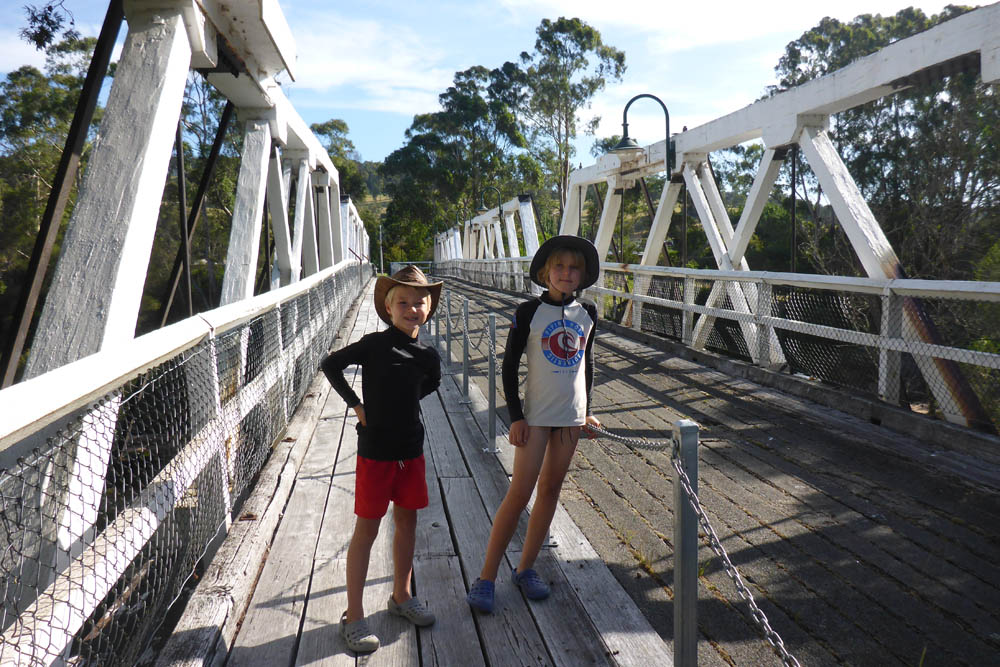 The only good news was the ‘entry by donation’ free camp, set on lovely grassed banks of the Genoa river. This relatively well patronized camp has plenty of space, nice loos, cold showers and BBQ’s. The decaying town is joined to the camp by a wooden multi-truss bridge, opened in 1927. This was built to carry road traffic over the then newly opened Princess Highway and is quite an imposing structure. Now it acts as a pedestrian bridge, from which the odd platypus can be spotted in the evening twilight.

A benefit of the high bridge was a tyre swing erected by some industrious locals. This gave the kids plenty of entertainment, and just a few accidents! In one true Buster Keaton moment, Sam swung, fell off into the shallow water, stood up a little dazed and was promptly boinked on the head by the returning tyre, knocking him back into the water. Sam eventually saw the funny side, but it took awhile! 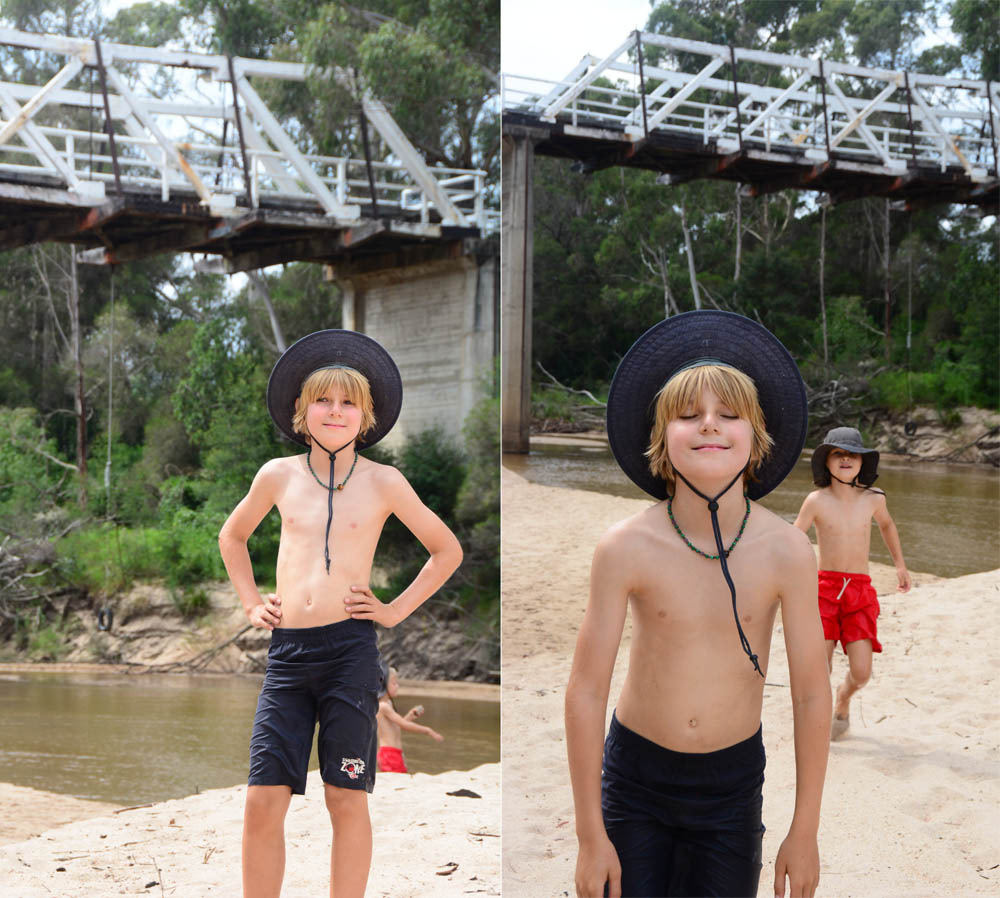 Whilst wandering up to the old bridge for a sticky beak, we met a rather flustered looking cyclist desperate for some water. Katie, a sculptor, had decided to ride from Melbourne to Sydney to meet her family for Christmas. I think she vastly underestimated the task involved, and admitted she might just make Berri before succumbing to train travel for the remaining miles. We filled her relatively small stock of water bottles and her tummy with some dinner. We didn’t see her again on the way out towards Eden the next day. Another example of the interesting lives we intersect with.

With just 34 days of our epic (to us) journey remaining, I feel that we are obliged to savor every moment. None of us are quite sure what to think or feel about returning to the folds of ‘normal’ society.