After a morning stroll up and over the top of the falls and an early lunch we bade a sad farewell to Litchfield NP.  There was lots we didn’t get to see but again consoled ourselves with the thought that it is pretty close to Darwin.  We headed down the highway towards Katherine with plans of stopping when it was getting dark. 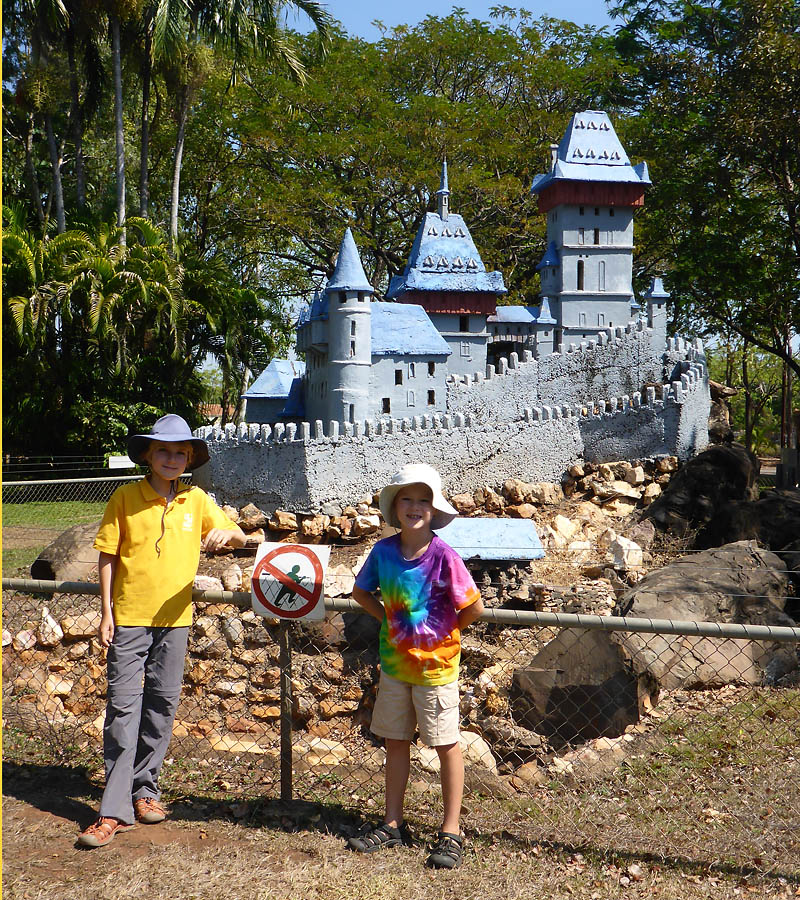 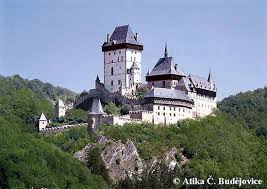 K – Our first stop at the small town of Bachelor, just outside Litchfield NP – a concrete model of Karlstejn Castle in the Czech Republic.  Julian and I thought he had done a good job – we visited the real one in 2001.  You can judge for yourselves.

We called into Adelaide River and it’s heritage rail precinct as well as checking out an abandoned WW2 camp that my friend Alex had talked about as well as a well manicured war cemetery.  With an afternoons sightseeing under our belt and evening looming Kris let her fingers do the walking, via Wikicamps that is, and found a delightful camp site ‘just’ off the highway at Hayes Creek.

Just off the highway because road trains thundered through my dreams all night! Still, it was what campsites like this should be, cheap, clean and fit for purpose, i.e. no frills. An unexpected attraction though was Butterfly Gap, a 20 minute walk from the campsite which we visited next morning. We were startled on the walk in by a drift of wild pigs trotting at full speed across the track, followed comically by a snorting piglet bringing up the rear – would’ve been funny if they weren’t such a darned pest.

This shady glen is home to hundreds of butterflies, a real delight. Kris swore she saw some aboriginal rock art high up on a cliff, but binoculars revealed it to be a man shaped rock face – not to worry. 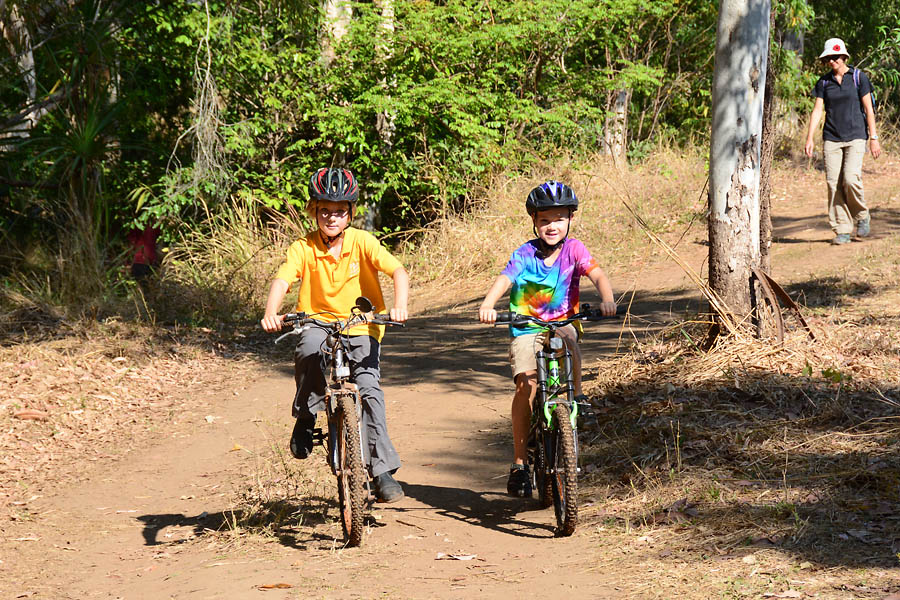 Riding back from Butterfly Gap.