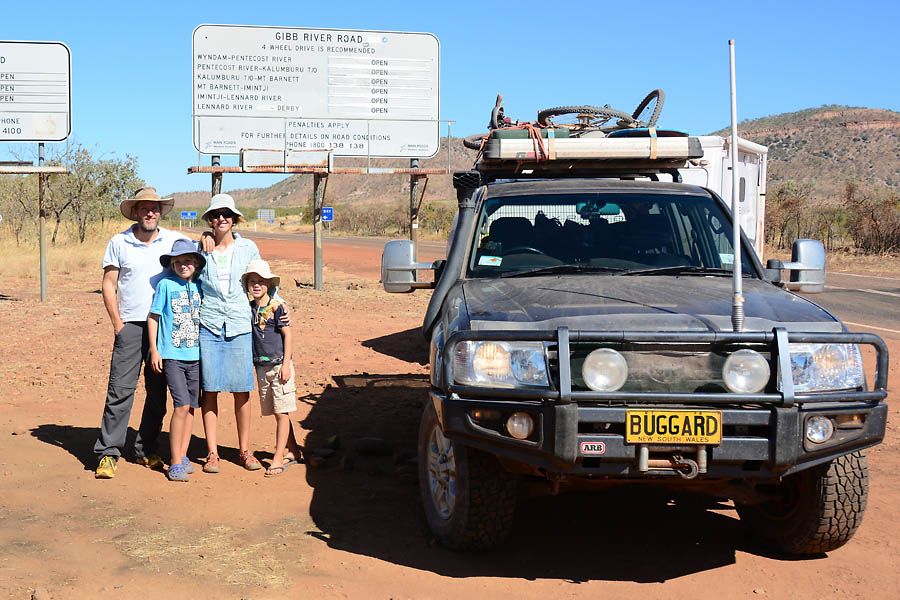 Finally leaving the Gibb behind we headed into Kununurra and peak holiday season for the north.  Our choice of parks was very limited and we finally settled on one where we wouldn’t have to move sites during our planned 3 night stay here.  Hidden Valley CP was at the base of some impressive rocky outcrops (we backed onto Mirima NP) and we happily settled into the unpowered site they could offer us.

We have finally managed to coincide locations, not only with the Lonerghans but also the Whitemans (whom we first met at Port Lincoln CP) – so it was decided that an evening meal and catch-up at their CP was in order. We shared fish and chips and a bottle of champagne to celebrate finishing the Gibb in one piece. 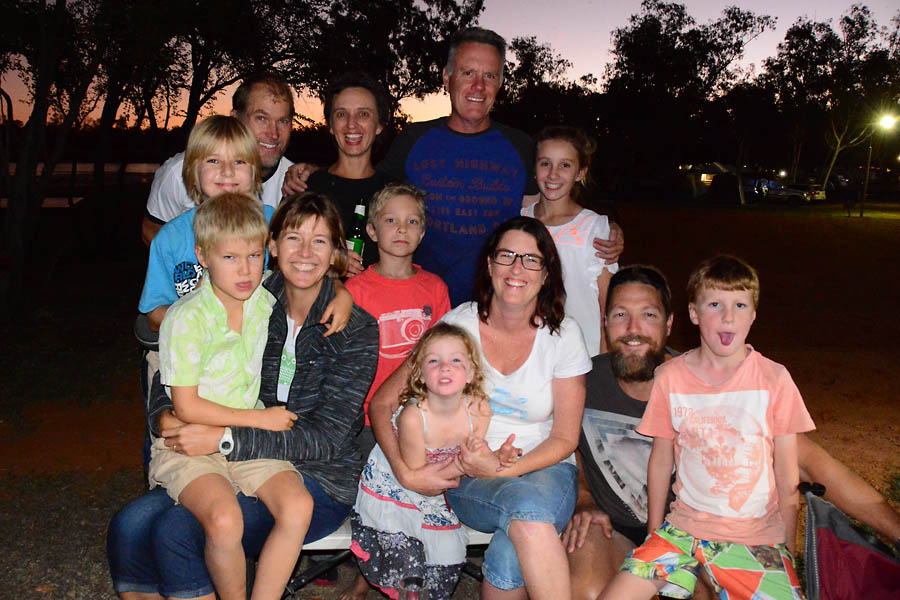 We also watched over a million fruit bats heading out at dusk to ravage the local mango plantations. Friday was spent doing the various odd jobs that coming into town requires, shopping, collecting information, etc.

We had decided in Derby to bail out of driving down to the Bungles and opted instead for a fly – walk – fly day trip adventure. So the next morning we waited for the very civilized 8:15 pick up and we were in the air by 9:10 heading south over Lake Kununurra and then Lake Argyle. 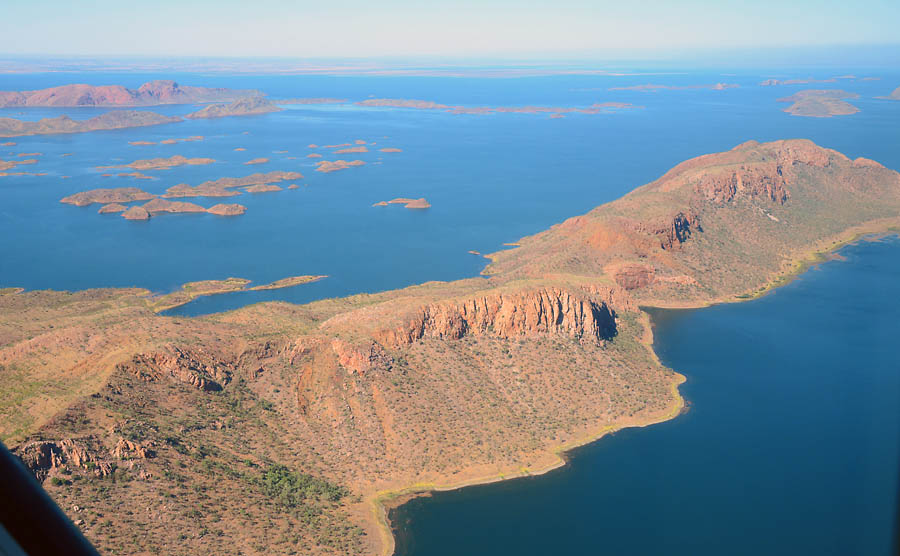 Lake Argyle from the air.

There were 13 passengers crammed into the Cessna Grand Caravan for the flight down. The Bungle Bungles were certainly impressive from the air and we really enjoyed the flight.

The famed sandstone domes of Purnululu NP – otherwise known as the Bungle Bungles. 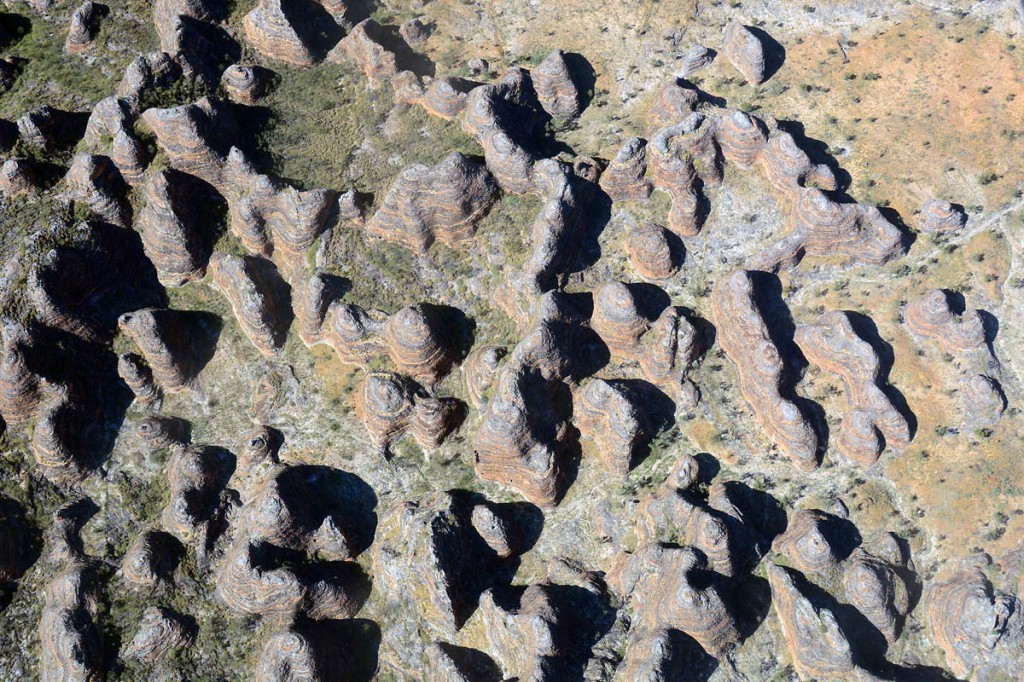 After landing we were herded into a 4WD minibus and carted to the beginning of Cathedral gorge walk which meanders through the stripped domes.

With the kids up the front asking questions of our guide Julian and I enjoyed the leisurely walk into the gorge. Here we enjoyed lunch – gourmet salad boxes, while not to the kids tastes were pleasant enough. 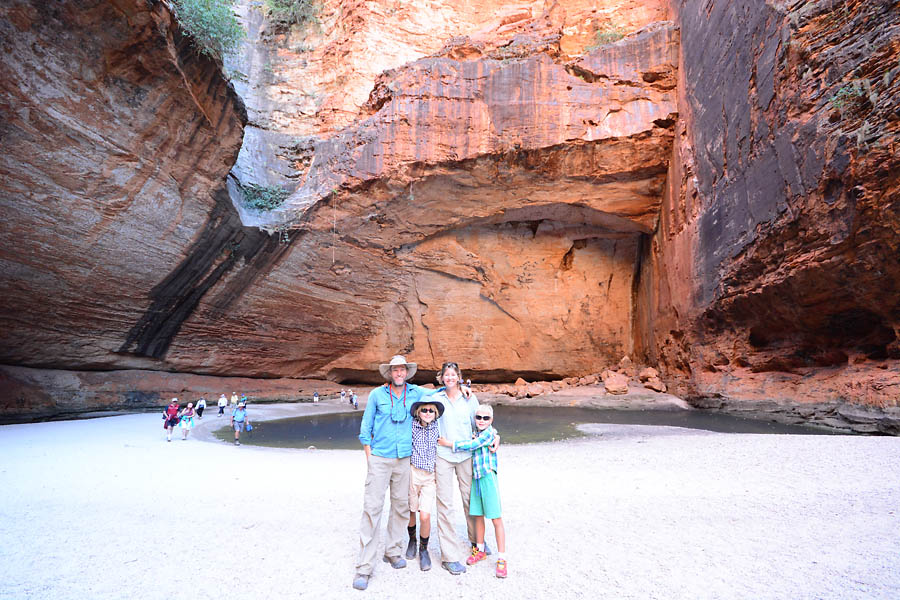 It was strange to be in the tour group as usually we try to avoid them, we settled instead for hanging at the back of the group to escape the constant chatter and of course for Julian to take photos. Then it was back for some afternoon tea before the return flight. 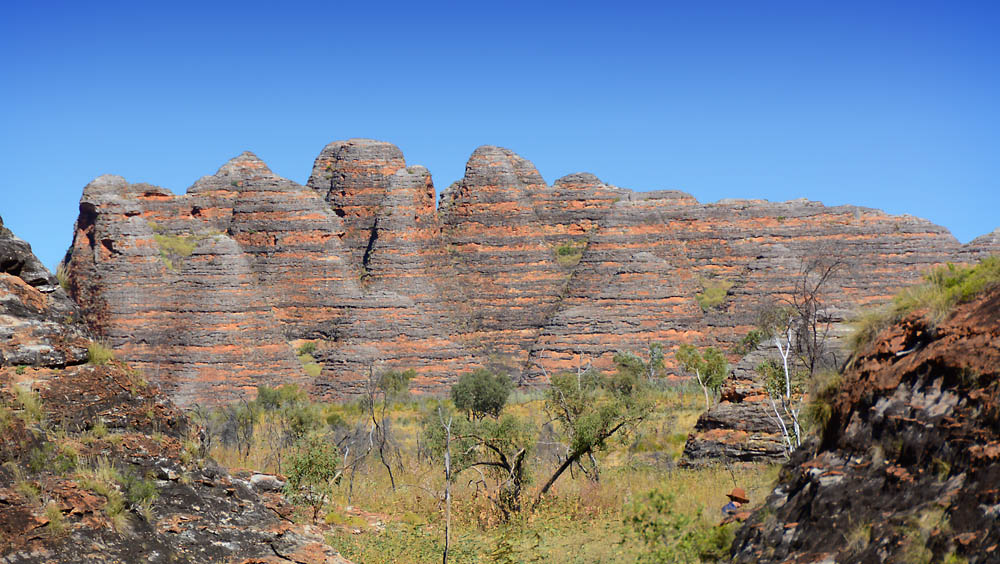 We awoke on Sunday to realize that we hadn’t actually seen much of Kununurra so decided to spend another day mooching around town, visiting Art galleries, including the famed Zebra rock gallery and walking in the local Mirima NP. 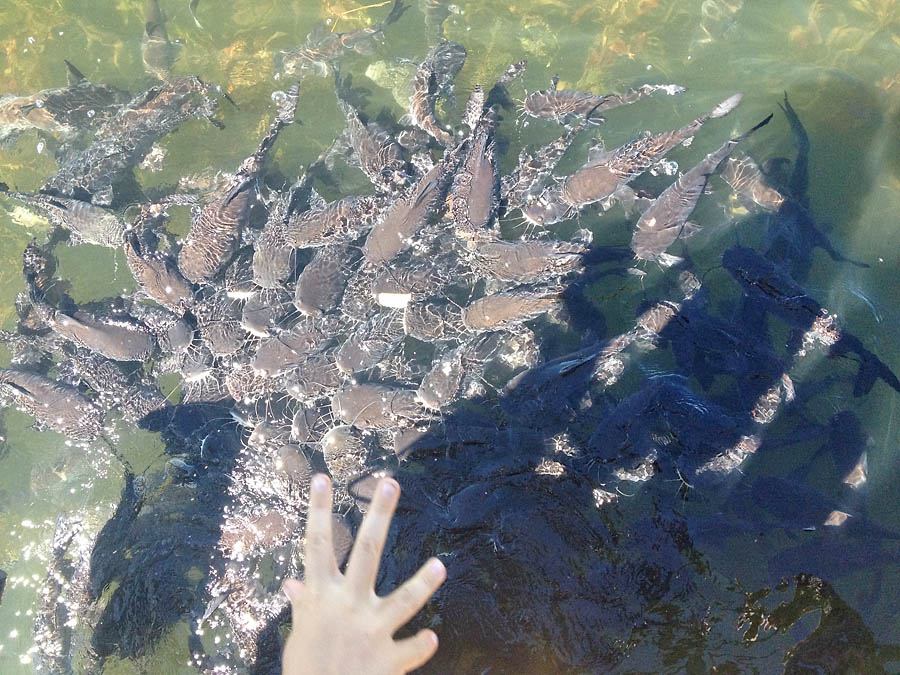