With the ‘Big Lap’ total trip odometer reading 11,419 km, we arrived at the Carnarvon Outback Oasis Caravan Park – we chose this one as it is a little further back from the main highway. A fireside chat with a couple the previous night at Wooramel Station told us the road train noise at another campsite closer to the highway was pretty bad at night. They assured me that the trucks usually thundered through on the north run from Perth on a Friday night. The ‘Oasis’ turned out to be great – lovely soft grassy sites, decent enough facilities, and a stones throw from an IGA with delicious ‘Hagrid’ sized apples!
When we checked in, the girl at reception was struggling with a printer, which I had installed three mouse clicks later. This favour turned out to be returned in kind, because in full circle camping quid pro quo style, she gave me a free gas bottle refill in return the next day.  The boys were super excited to spot Monopoly available to borrow, remaining oblivious to our lack of enthusiasm!!

Finally to the boys delight – a family game of Western Australia Monopoly!

After a job and homework filled morning, we walked out along the wobbly remains of the 1897 mile long pier for a spot of fishing. The honour system entrance fee is $5 p.p. ‘to help maintain the wharf’ we were told. But from the state of significant collapse of the last section (walled off with a rusty gate), they need to put the price up! James landed several undersized bream, whilst I only managed bites, including a near rod snapping monster bite which relieved me of hook, line and sinker! 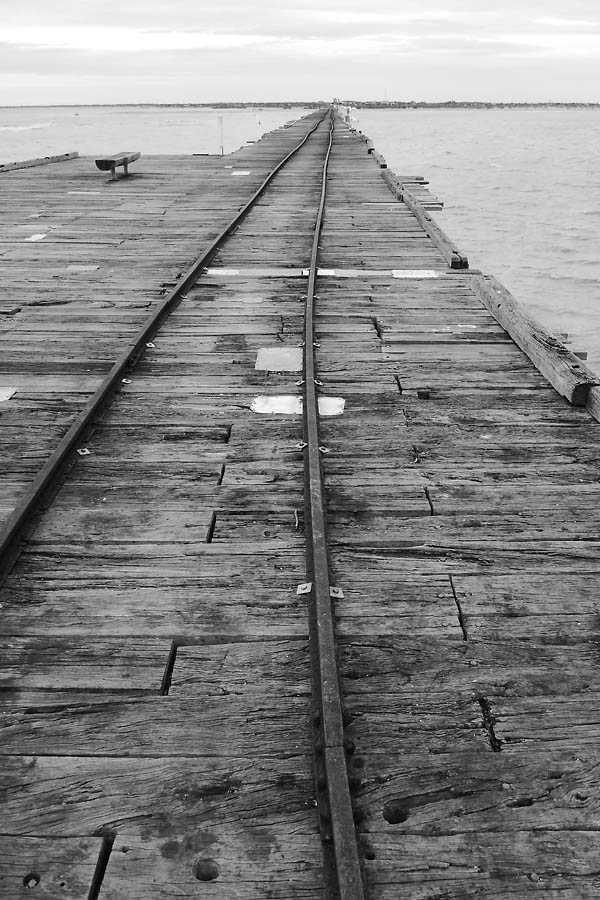 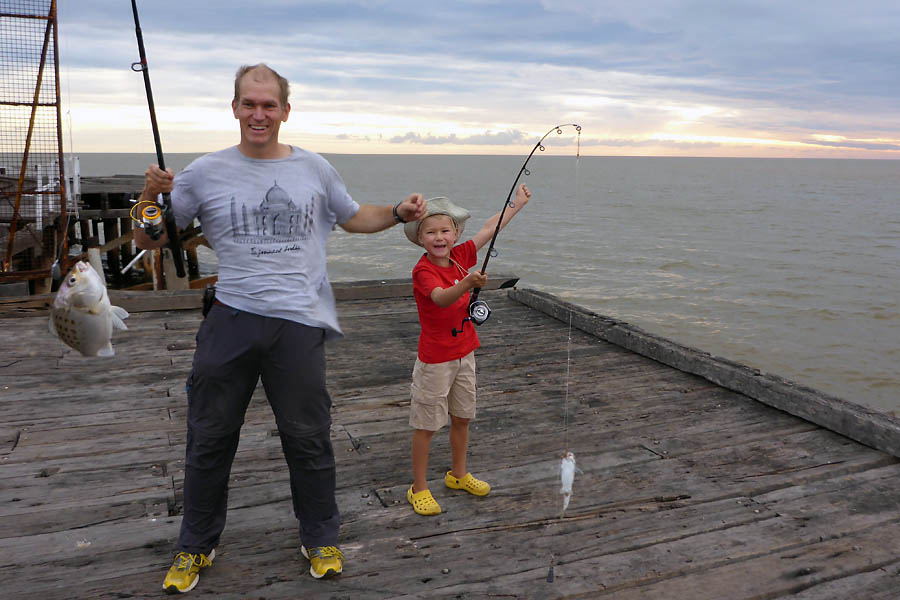 All the while, we had been watching the progress of Tropical Cyclone Quang, which was reported as being a nasty category 4 TC about 1000 km off the coast. We listened to updates on local ABC radio (as you do) and watched the skies (which, as it turned out, stayed a gorgeous blue for the duration). Our next stop at Coral Bay was the predicted destination for TC Quang to cross the coast so we opted for another night at the ‘Oasis’ to wait out the forecasted storm. 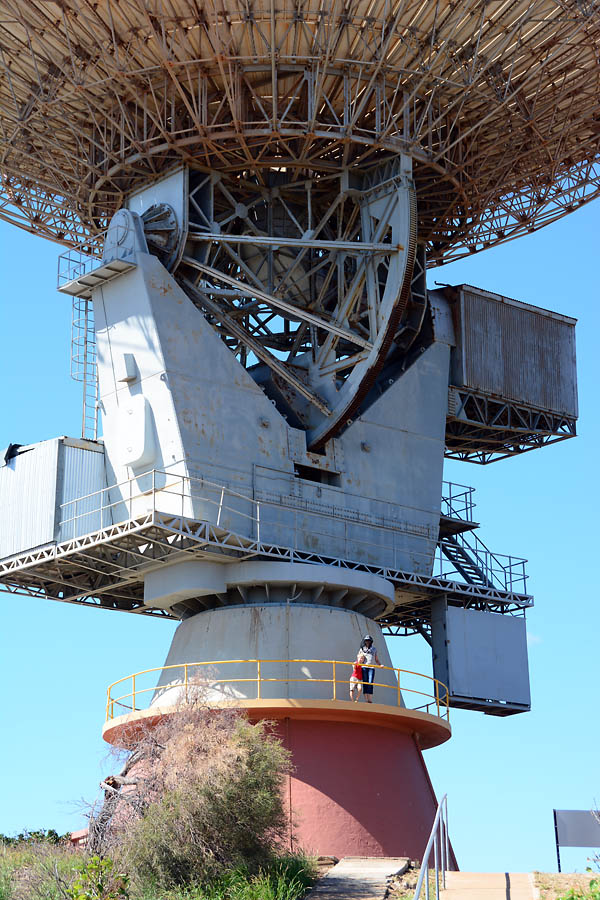 The next morning we made our way to the Carnarvon Space and Technology Museum. This centre played a critical part in early space exploration by relaying transmissions between NASA and Gemini, Mercury and Apollo space craft when the northern hemisphere was in ‘communications shadow’, and houses a collection of communications relics and space memorabilia from the era. Apart from an unusual Cass horn (sugar scoop) dish and a traditional parabolic dish, they’ve rigged up an Apollo styled command module, complete with video screens and instrument decals. Three people crawl in, lie on their back with feet up per the real thing, and the launch process ‘starts’. It takes 7 minutes from CAPCOM giving you the ‘GO’ after ‘power is internal’ to being in space at a cracking speed of ‘beep – 19,500 feet per second – beep’. The whole thing shakes with subwoofers and vibrations to add to the experience (and my personal nerdy favourite – lots of Quindar ‘beep’ tones). 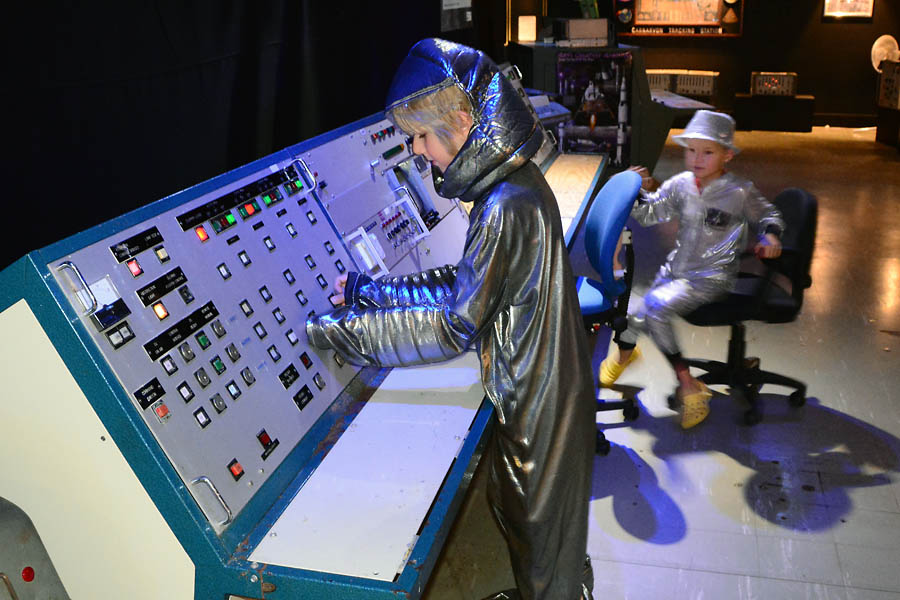 The boys spent most of their time at the museum in fabulous silver space dress-ups.

One of the more interesting videos covers the first live Australian satellite transmission, which was apparently from Carnarvon in 1968 – an opportunity that arose when a telecommunications satellite deployment went wrong in 1967 and put the thing into a wonky comet-like eccentric orbit! NASA said ‘you’ve got a 20 minute window for a hook-up with the UK before this thing goes haywire’ – the mayor of Carnarvon, a much younger Wilson Tucky, laconically spruiked (as if this sort of thing happened everyday) ‘what a top place Carnarvon is. You should all come and visit and invest here’ – forever the politician. 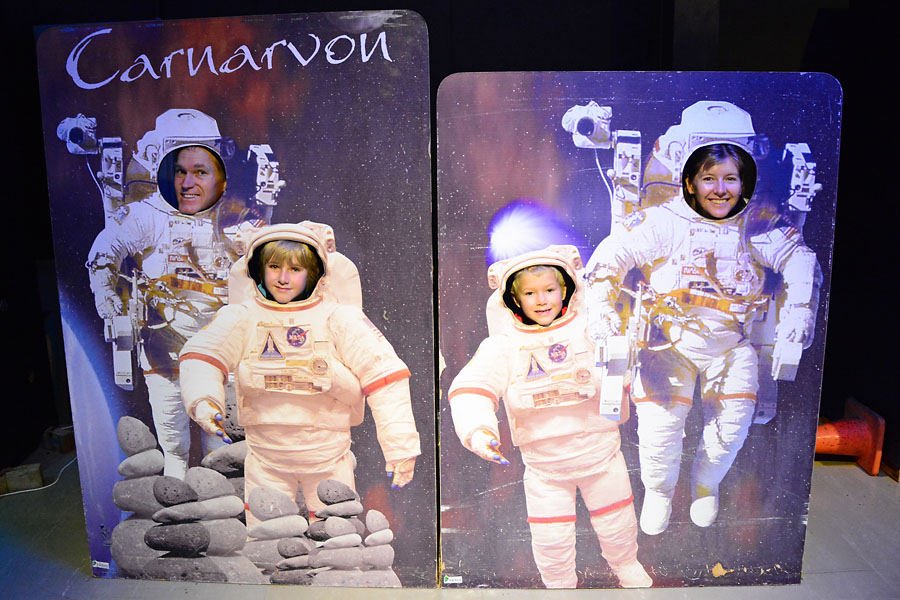 Later that afternoon, James and I went back to the wharf for another spot of fishing – this time we nailed half a dozen ‘keeper’ mulloway and lots of bream who were returned to the murky waters to fight another day. That evening we buckled down for a storm that never arrived. Probably wise though, as Coral Bay had high winds and heavy rain that same night.